Join the Chamber's strong group of professional women for our quarterly gathering and networking event. This special online social will include an opening keynote on The Art of Reinvention from Jes Averhart, creator of Reinvention Roadmap, followed by networking and continued conversation through zoom breakout rooms. Bring your own drinks and snacks!

While we wish we could be meeting in person, let's still commit to taking the time to connect through video and check in with one another during this uncertain time. Register Now. 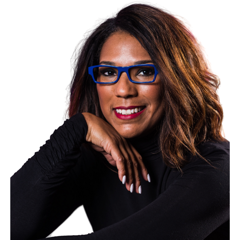 Jes Averhart is the CEO of Jes & Co. and creator of the Reinvention Roadmap! As a Mom, Storyteller, Podcaster and member of a Badass Girl Tribe, she uses her flaws and lessons to fuel each incredible life chapter! Jes is obsessed with the process and power of REINVENTION and wants to inspire others to start their journey.

Jes realized her true passion for leadership development and women's empowerment while leading partner engagement at the American Underground, a Google for Startups Tech Hub (aka, the 'Startup Capital of the South' by CNBC). During her tenure, she had the unique opportunity to manage relationships with Google, Fidelity Labs, Wells Fargo, Coastal Credit Union, Lincoln Financial and others. Her time spent immersed in the startup scene also inspired her to co-found Black Wall Street Homecoming, a nonprofit aimed at closing the funding gap for Black and Brown tech founders.

Earlier in her career, Jes launched a boutique event production company. She specialized in providing professional event management services for the likes of the Cincinnati Bengals & Cleveland Browns (NFL), Cleveland Cavaliers (NBA), the Procter & Gamble Company, Pepsi Cola North America, as well as a growing number of companies based in the Research Triangle Park.

Originally from Evansport, Ohio, Jes learned the ropes quickly by working in the family's real estate, auctioneering and appraisal business. After college, she accepted a corporate role with General Electric; but it didn't take long before she started her own company, making her a
4th generation entrepreneur. Jes moved to North Carolina in 2005 devoting much of her time serving on various nonprofit boards, writing, cheering on The Ohio State Buckeyes and globe-trotting. But without question, her greatest gift is her teenage son Tre who helps keep all things in perspective!

The Women of State Farm

CHYP pronounced "chip" is a group of fun professionals under 40 that meets the first Tuesday of each month for networking, professional development and community service.

Our Chamber's strong group of professional women gather quarterly for networking and learning opportunities. Sponsored by The Women of State Farm.

Celebrations and acknowledgement of special milestones for new and existing Chamber member businesses.

Join us online as we bring you The Chamber's 79th Annual Meeting IN-PERSON from The Carolina Club. Help us celebrate the strength of our business community in 2021 and get a preview of exciting developments for 2022. 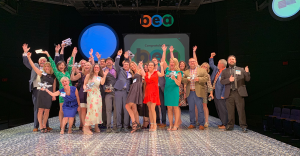 State of the Community Report 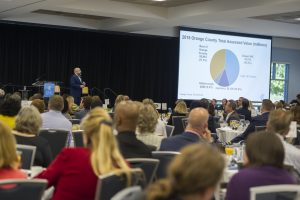 About: Born out of graduate student research at UNC-Chapel Hill, this annual event is a comprehensive briefing featuring the latest data on the well-being of Greater Chapel Hill-Carrboro across social, economic, and environmental indicators. Follow the ongoing conversation at #CHCSOTC.

Thank you to the 2021 Data Partners: Carolina Demography, Orange County, Partnership for a Sustainable Community, Town of Chapel Hill, Town of Carrboro and Town of Hillsborough

Spend the day on the course!  Click here to register to play 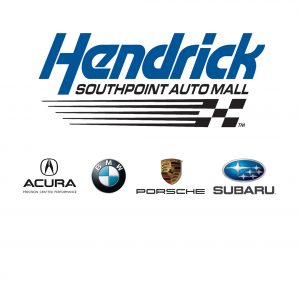 The Hendrick Golf Classic is an annual fundraiser to support the economic and community development work of the Chamber. Click here to learn more who we are and our mission.

This year in order to keep you safe, we will not be doing a shot gun start, and other cleaning and distancing measures will be taken. Tee times will begin at 8:00 a.m. and continue through noon. Participants will enjoy a lunch, beverages and snacks on the course provided by the club.

Interested in marketing your business at the Hendrick Golf Classic? Contact Rebecca Dickenson to learn more. We have sponsorship opportunities ranging from hosting a table at one of the holes to providing branded golf balls for each player or even placing your custom made sign inside each golf cart.

Join in the conversation about the Golf Classic on Facebook and on Twitter, using the hashtag #HendrickClassic.

This reception, hosted by The Chamber Board of Directors, Major Investors, and Government Affairs Committee, is an opportunity to show the business community's appreciation of our local elected and senior government officials for their outstanding public service.

Invitees include leaders from U.S Congress; the North Carolina General Assembly; the Counties of Orange and Chatham; the Towns of Chapel Hill, Carrboro, and Hillsborough; the City and County School Boards of Education; and other local public officials and senior staff.