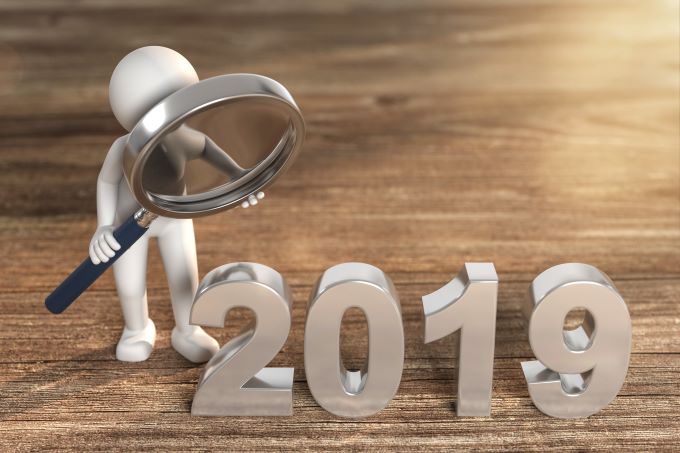 In reflection, the key themes that emerged throughout 2019 were: 1) strong economic development and 2) effective partnerships, and we also delivered 3) timely programming. Scroll down to review the top insights and highlights from 2019.

The following are the expert presentations from 2019, which provided useful and succinct information for local business owners and decision-makers:

Economic Forecast by Dr. Michael Walden and the Economic Conditions Survey Results by Chamber President and CEO Aaron Nelson, who both presented at Silverspot Cinema in Chapel Hill on February 13, 2019 - the first forum of the 2019 Policy Series. Walden's deck featured his economic review of 2018, assessment of factors that could affect the economy in 2019, and his predictions for NC and our region in the year ahead. Nelon's deck featured survey results capturing the local business perspective on the local economy, wages, as well as performance projections.  Listen to the WCHL interview.

Real Estate Update by Amanda Hoyle, former award-winning journalist for the Triangle Business Journal, who presented at Silverspot Cinema in Chapel Hill on December 11, 2019 - the final forum in the 2019 Policy Series. This deck featured Hoyle's expert summary of the past performance of the Triangle commercial and residential real estate market - with a focus on Orange and Chatham Counties - and her predictions for the year ahead.

Another helpful resource from 2019, although not part of the 2019 Policy Series, is the State of the Community Report by Aaron Nelson, which he presented at The Friday Center in Chapel Hill on September 19, 2019. This deck featured the latest data tracking the well-being of Greater Chapel Hill and unpacks leading and lagging measures and is a annual signature Chamber event.  View the full data book featuring all 300+ slides.

1) Strong Economic Development: 2019 was a banner year for economic development in Orange County, NC, with more than $100 million in new investment announced and 1,000 new jobs coming:

In Carrboro: The Aldermen (now Town Council Members) approved the permit for the Lloyd Farm development of a new shopping center (~$80 million value) and took a thoughtful pause on the development of the new library (called the 203 Project) to ensure sufficient parking.

In Orange County: ABB - a global leader in electrification products, robotics, and industrial automation - announced a nearly $40 million investment to expand its Mebane facility and create more than 400 new jobs. Also, Medline Industries - the United States' largest private medical supplies manufacturer - announced a $65 million investment to build a new one-million square foot distribution center and create 250 new jobs. In addition, the Chamber entered an agreement with the county to study the workforce development pipeline and feasibility of a tradescraft center.
?2) Powerful Partnerships: Partnering with other organizations to achieve greater results was a key way of working in 2019 for the Government Affairs Committee and allowed us to achieve a great deal more than we would have otherwise. A few examples:
Partnered with the Greater Durham Chamber and the Regional Transportation Alliance (RTA) to put business in the driver seat and help the region shift focus from light rail to other much-needed regional transportation solutions, such as bus rapid transit and commuter rail. Together, we issued a joint statement in April, hosted a Leadership Briefing and Tour to Virginia in June, and convened local leaders at Duke for a BRT Opportunity Series in October.

Partnered with 20+ rural and urban chambers throughout the Triangle Region on a shared state legislative agenda to guide our collective advocacy in the 2020 session of the NC General Assembly.

Partnered with the Home Builders Association of Durham, Orange, and Chatham Counties (HBA) to advocate that the southern extraterritorial jurisdiction of Chapel Hill be designated a future study or focus area (along US Hwy 15-501 south of Southern Village to the Chatham County line). The Town hosted a community conversation on the topic on April 25, 2019, and the important work continues.

Partnered with the Chapel Hill Alliance for a Liveable Town (CHALT) and local hoteliers to successfully petition the Town of Chapel Hill to address short-term rentals in June and continue to work together to finalize the framework.

Partnered with Justice United in 2018 to advocate for the Town of Chapel Hill to invest in Master Leasing, and had the privilege in 2019 of welcoming the first tenants into their new home!

3) Timely Programming: The Chamber's Government Affairs Committee coordinated timely and useful programming for local business community, including hosting five policy forums as part of the 2019 Policy Series and activating the Election Hub. The Election Hub, which features candidate surveys and the (un)forum, is The Chamber's one-stop-shop to demystify local elections and help the business community know who and what is on their ballots.

In closing, there is a lot to celebrate on the government affairs front in 2019, but there is more to do. The committee is energized for a strong 2020, especially as we welcomed four impressive new committee members yesterday at our first meeting of the year:
Bottom line: The Chamber's Government Affairs Committee is committed to helping make our region a great place to start and grow a business in 2020, and invite you to join us in advocacy over the coming weeks and months.
To learn more and get involved, contact Chamber Vice President Katie Loovis at (919) 967-7075 or KLoovis@carolinachamber.org.