Why I'm Excited About the 2018 Inter-City Visit to Lawrence, Kansas 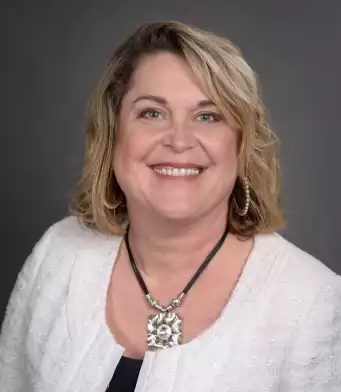 Why I'm Excited About the 2018 Inter-City Visit to Lawrence, Kansas

By The Chamber For a Greater Chapel Hill-Carrboro
8/22/2018
Dear Chamber Members and Friends,

In September, nearly 100 local leaders will visit Lawrence, Kansas as part of the 2018 Inter-City Visit, I’m one of them, and I am excited.

If you’ve never been, this is an opportunity to visit a city that will remind you a lot of Chapel Hill.

From basketball to literature to the spirit of the town itself, Lawrence feels like a close cousin, and a cousin always has something to share. There is truly something here of interest for everybody.

Here are some of the things I am really looking forward to, and why:

?I love Tar Heel basketball. But without Lawrence, Kansas, there would be no Dean Smith. James Naismith invented the sport in Lawrence, taught it to Phog Allen, Dean Smith’s coach when Dean played at Kansas. UNC basketball is a direct descendent of what basketball was meant to be: they invented it; we perfected it. Lawrence is hallowed ground for the basketball lover. And as you probably know, our own Roy Williams coached there for fifteen years or so. Let’s visit and report back. Wilt Chamberlain left Lawrence in 1958 to play for the Harlem Globetrotters and then the NBA until he retired. He returned to Lawrence 1998 when his jersey was retired and hung in the rafters of Allen Fieldhouse. The history there!

?Like Chapel Hill and Hillsborough, Lawrence can claim its share of literary lights. Langston Hughes, the great American poet who inspired the Harlem Renaissance, spent most of his childhood there. Visiting the place he grew up will give me a sense of the historical impact one man’s words can make. Hughes, by the way, was tri-racial. His ancestry included Powhatan, Cherokee, and possibly Lumbee Indian ancestors, as well as African and European. He is one of the great American writers.

In faraway Lawrence you’ll discover a spirit similar to that of Chapel Hill. It’ll feel a little like a midwestern home. Like our town, Lawrence is known as one of the best places in America to work, to retire, and also as one of its best college towns. In 2017, Lawrence received a score of 74 out of 100 in the Human Rights Campaign’s municipal equality index, which measures how inclusive municipal laws, policies, and services are for LGBTQ people. Lawrence received a perfect score in the nondiscrimination laws category, which evaluates whether discrimination on the basis of sexual orientation and gender identity is prohibited.

?In Lawrence, all eyes are on the future and Chamber of Commerce President & CEO, Larry McElwain, recently shared his vision for Lawrence as he prepares for retirement.

Many of McElwain's points resonate with Orange County objectives:   Sounds like a great time to visit Lawrence, compare lists, and learn from each other.  Won't you join us? - Register now