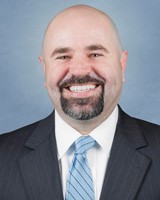 The most remarkable survey finding was the dramatic reversal in perceived impact of the economy on local business – going from overwhelmingly negative in 2008 to strongly positive in 2018, representing an almost 70-point swing. 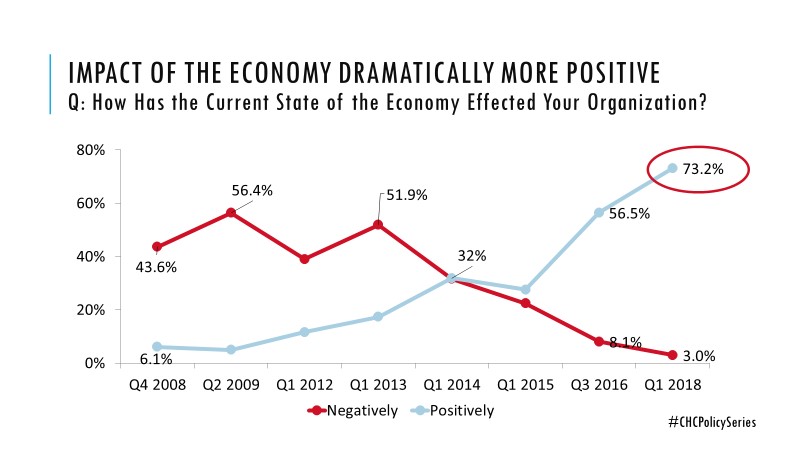 #1: More than half of employers (54%) plan to add workers in the next 12 months. Aaron noted this is a new high since the Chamber began asking this question in 2012. 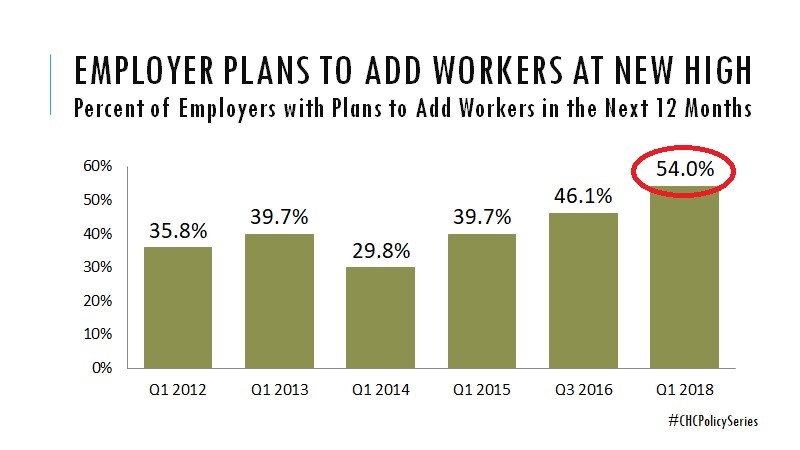 #2: A majority of employers (89%) project moderate or strong growth, and 71% expect sales to increase.  Aaron noted here that while nearly everyone predicts growth, fewer expect increase in sales. This could be due to fierce competition with online retailers. 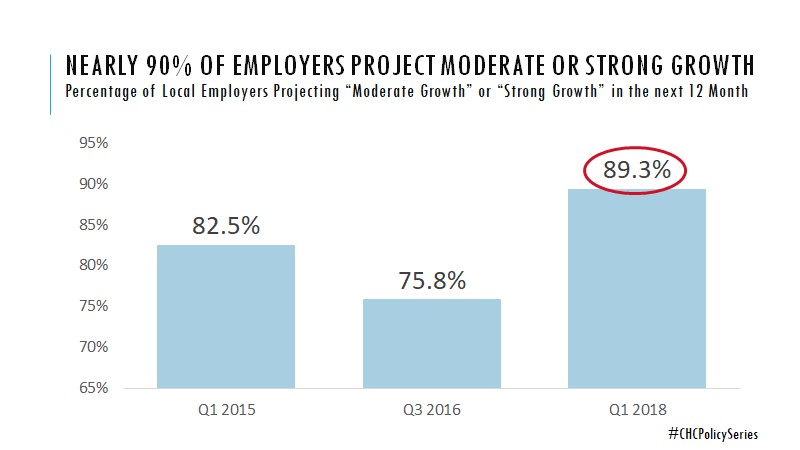 #3: And finally, the survey revealed that 67% of employers believe local government is “somewhat” or “very” pro-business. A heartening way to conclude the 2018 index and this blog. 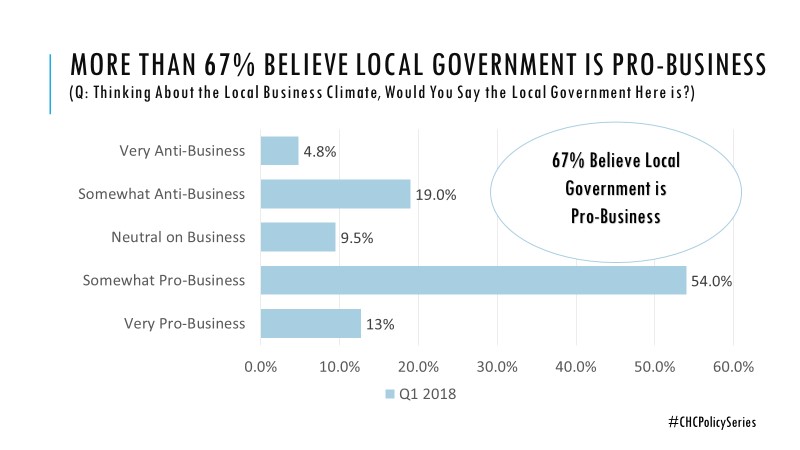 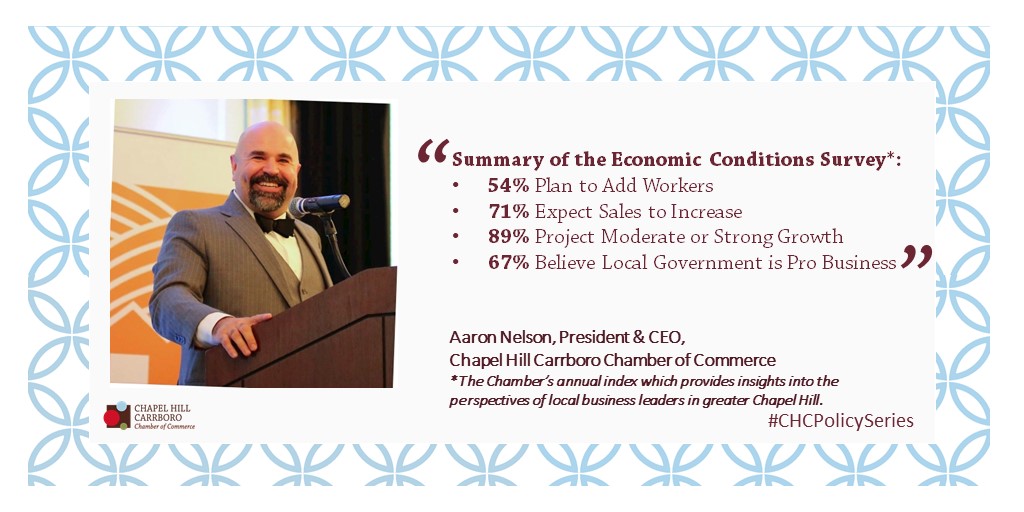 More on Aaron Nelson: Aaron Nelson is president and CEO of the Chapel Hill-Carrboro Chamber of Commerce and executive director of the Partnership for a Sustainable Community, the Chamber’s charitable economic and community development arm. He is co-founder and chair of the national Chambers for Innovation and Clean Energy, and a director of several boards, including the National Association of Chamber of Commerce Executives and the Carolinas Association of Chamber of Commerce Executives. A Ford Foundation Fellow for Regional Sustainable Development, Aaron speaks both nationally and internationally on economic and community development strategy. He is a 1997 graduate of the University of North Carolina at Chapel Hill with a degree in philosophy and served as the elected student body president. Read full bio

More on the forum: The Economic Outlook Briefing presented by Chapel Hill Economic Development was the first of six policy forums for the Chamber's 2018 Policy Series. The series features influential speakers addressing timely topics related to the economy, economic development, public policy, and local elections. The forums occur every-other-month on the third Wednesday of that month from 8:30am-10:00am. The 2018 Chamber Policy Series is free for Chamber members and sponsored by Cardinal Innovations Healthcare, Durham Tech, and Silverspot Cinema.
Read more blog posts on "Our Voice"